This article is a summary of the main information about the open-source plasma technology from the Keshe Foundation. With this technology it becomes possible to power most home appliances for free.

Since October 2015, “Magrav-Power Systems” are available at the Keshe Foundation Spaceship Institute (KFSSI) Webshop for about 1000 Euros each. Future versions are expected to drop in price significantly because it is possible to build the systems at home for a fraction of the retail price. As seen below, children are building these systems, as much as child-like adults and many new-energy fanatics.

Energy technologies are central to the thriving of humanity on this planet. The global macro-economy is based on energy production and distribution. One simple observation describes the fragility of the system: money circulates as a result of the relationship people have with everything that requires power.

The reason why people pay for this power is perhaps the greatest secret in popular recorded history.

The energy industry is founded on suppressed physics which has been proven to be a simple monopoly. Current disclosures combined with the evolution of human psychology are transforming popular paradigms which are guarded by the top transnational control groups. However, it is experientially verifyable through common sense perception that Reality includes dimensions which are not taught at top educational institutions.

The popular understanding of energy engineering stems from the limitations of popular physics. This branch of knowledge arises out of observations of the natural universe. This universe is something all-encompassing, something unknown. What is called physics is only beginning to merge with the abundant potential of practical metaphysical sciences, the sciences of the way things are, not the way people would like things to be.

The Keshe Foundation is one of a few organizations advancing the energy industry by grassroots humanitarian efforts.

At the core of its public disclosures are inexpensive open-source energy technologies founded on observable processes of nature. One of these technologies combines magnetics, gravity and plasma to offer a more complete understanding of physics and potentially unlimited energy beyond the grid. This new energy technology is called the Magrav-Power Unit.

It is possible to purchase a unit but due to the rapid spreading of the news through live internet broadcasts, people can now create their own energy sources for all their daily needs. This means that the average person can keep most of their income while the energy industry loses most of its income.

For a social repository of information pertaining to the story of Keshe Foundation, please visit the Pure Energy Systems Network.

What is a Keshe magrav power system?
It is a basic prototype system one can build or purchase to power most daily appliances. Future versions are expected for more advanced applications.

How does the Keshe magrav power system work?
Assemble or purchase a system then connect it to the home, car, or any device. The unit begins to work either instantly or over a little bit of time called the “conditioning” phase. In general, the following physical properties combine to create a unique functioning unit: nano-coated Super-conductive copper wires, magnetic and gravitic fields (magrav), GaNS (Gas in a Nano State), and plasma.

Plasma: pure energy of active non-material force fields (magnetic & gravitational) from which the solid physical realm materializes. This happens when the fields are arranged in a certain way.

GaNS: Gas in a Nano State is the power source for the Keshe Technology. It is one step below plasma and it can be observed as plasma that acts like matter and energy that can be played with. GaNS occurs naturally and various types can be easily produced for many applications.

Nano-Coating: a layer of single discrete atoms of an element coating a surface in the matter state. In the Magrav-Power System, nano-coated copper wires are Super-conductors horizontally and a resistors vertically.

Magrav Power: How to Prepare for a Build

It can be helpful to have a sequence of reputable sources when building a magrav power system. Excessive online discussion has created much confusion and controversy over the corresponding approaches. One needs to simply be a “sourcer” and remain in touch with the source of the sources! 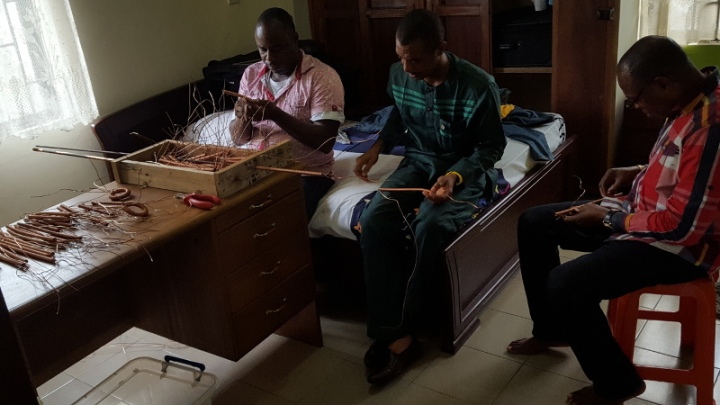 Required materials: copper wire, tools, electrical test instruments, Gas in a Nano State mix (GaNS), an installation technician and up to a few weeks time for the “conditioning of the mind”.

Technical requests for information regarding plasma or the open-source blueprints can be sent to:  technical.support@spaceshipinstitute.org

These 50 documentated magrav power system builds include the making of Gas in a Nano State (GaNS), connections to the grid, as well as working examples.

Magrav Power: How to Purchase a Unit

Since October 2015, the “Magrav-Power Systems” are available at the Keshe Foundation Spaceship Institute (KFSSI) Webshop for about 1000 Euros each.

Keshe magrav power systems on the webshop: KFSSI Products. There is also a Customer Service Center. The retail unit prices are: 499 Euros + 300 Euros mandatory donation for the initial dissemination of the technology + shipping + taxes per unit, for a universal system or a car system.

All corresponding documentation is provided for customs and shipping. For example, this includes tracking numbers for the USA. Moreover, all units are CE and CSA stamped and sell for the same retail price globally. There is a restriction on inflating or undercutting of prices and a temporary ban on major e-commerce sites.

Magrav-Power Universal System
With this product, you are able to support the main outlets in your house. This allows the system to increase the supply that you are receiving and meet the demand that you are using at that point.

Magrav-Power Car System
With this product, you are able to support a fully electric car.  As shown on the 68th Knowledge Seekers Workshop, this unit can increase gas milage on your standard gasoline engine as well.

“[The universal and car systems  are the same build, however once acclimated to a home or car, they can’t be switched over.  The house unit needs 5 plasma capacitor on each end. A car unit needs only one capacitor on positive lead.  Other than that it is same build and design.]”

“The Keshe Foundation is advising that systems manufactured by the Foundation are in perfect working order. As per the manual, the systems first enter a conditioning phase. The method on how to use the systems properly, as a 2 kW surplus power unit was announced during the 91st Knowledge Seekers Workshop held on Thursday December 10th, 2015, with Mehran Keshe at the Keshe Foundation Spaceship Institute (KFSSI).” 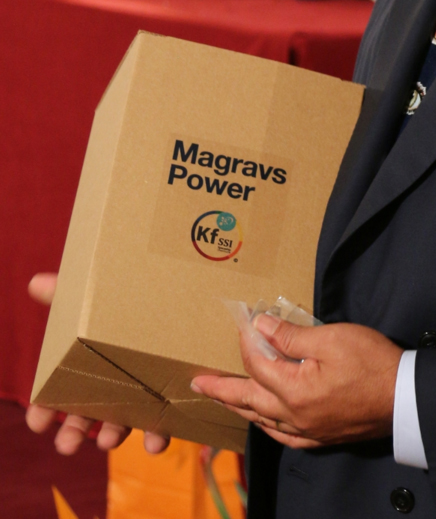 Magrav Power: How to Profit from the Units

It is a personal choice whether to build, purchase, or help spread the technologies. Since the release of the magrav power systems in October 2015, it is possible to participate in manufacturing, shipping, distribution, installation, human resources and support within the foundation and seperately:

Distributors will be listed on the foundation website. One difference in price is that distributors pay 399 Euros per unit at a minimum of 5 unit order.

“Plasma Reactor 2” (view below) by Lee Coates, from Canada:

People’s Creations based on the public open-sourced blueprints.

The following information is paraphrased from a digital conversation on the Pure Energy Systems Network (PESN), titled, “How well does the Keshe Magrav Plasma Unit work?“:

“The plug-and-play Magrav-Power unit is not a generator or electricity supply. One end plugs into a wall socket (or between the electric meter and breaker box) and begins to condition what is plugged into the other end (or to an entire house) to accept and function with the plasma energy. It takes time for the system to come to full operation. Some appliances will work immediately.”

“The reported limitations of the initial units is with resistive loads. These are loads such as electric heaters, electric stoves, filament light bulbs and such. Capacitive or inductive loads operate perfectly. There will be some time of discovery to see the precise requirements and limitations inherent in the plasma, but the benefits are far beyond the inconveniences. Resistive loads will still be operational, but only to around 3.2 kW. This is due to the nature of the conversion of plasma into resistive-capable electron flow.”

“The input from the grid is used as a signal for the unit to know what form of electricity to output. Barring using a resistive load on the output there is no energy drawn from the grid. If a resistive load is used, only a small percentage of grid energy is used. The next generation units will not require a grid connection.”

“In the disclosure conference, (see October 26, 2015 article), both 240 volt 50 Hz “European” and 110 volt 60Hz “North American” devices were plugged into the same power bar and functioned correctly at the same time. No converter necessary, beyond the physical connection of the plug. It is possible to power a cell phone, an air conditioner and a fridge from different countries from the same plug with this technology. It does not have the limitations of electricity.”

“How it works is a bit complicated and does require some relearning about the interaction of matter and energy. In a very basic explanation, the plasma employs forces identical to how the universe operates. There are no engines on the Earth to keep it spinning and orbiting the Sun. It is the interaction of magnetic-gravitational fields that provide the energy for that system. The plasma is a harnessed and directed combination of these types of fields that can impart its energy into any “matter” (or non-matter) system. Since everything is made of this same plasma, it is possible to see and plan interactions as needed. We are only beginning to see the potential uses and benefits of plasma technology.”

“Anyone is be able to replicate the units in their home. The process requires no special tools or knowledge beyond a basic comprehension of the nature of the technology. It is a very simple system in practice, once one surpasses the limitations of conventional physics. There is a pre-school girl in China that is creating basic systems on her own.”

“The Magrav-Power Systems replicate nature and the universe as a whole. The process can be acheived with simple tools and items scrounged from the forest, junkyards and such. Unbeknownst to most cooks, they do it daily when they are preparing the evening meal.” 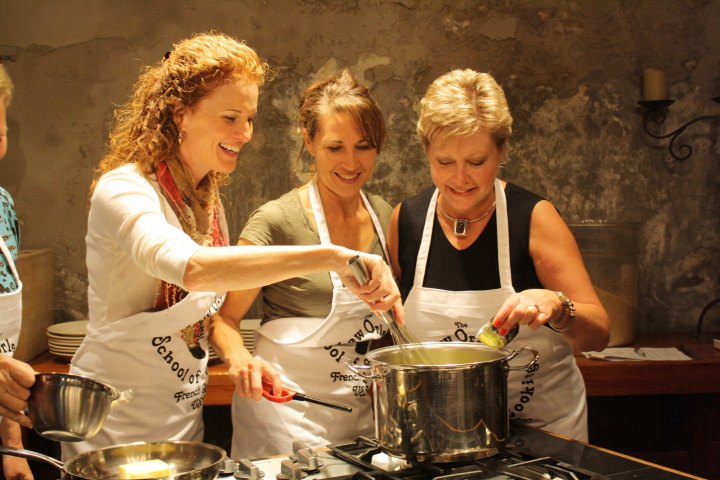 Details in this article will continue to be updated. The next article pertaining to Magrav-Power Systems will focus on working examples. Previous related articles by the Connectivist Collective include:

The opening fantasy image for this article is called “Abstract Purple“.